"The picks and mauls are silent now at Government Island. Gone are the muscled laborers who quarried the rock. Gone, too, are the masted ships that carried it north. Government Island is quiet now Overgrown with oaks and maples and sticker bushes. Only the silent stones say that This was once the nation’s most famous quarry." – Jim Hall, Journalist, July 6, 1992; The Free Lance-Star 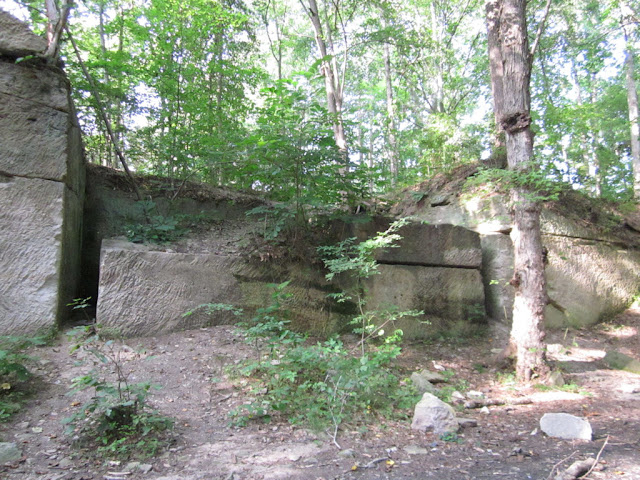 Government Island in Stafford County, Virginia, now a 17-acre historic site, was an early American quarry named Brent’s Island or Wiggington’s Island. Since 1694, stone was quarried from this site for use as architectural trim in Colonial America. The quarry’s fine-grained sandstone was called Aquia Stone, due to its location along the Aquia Creek, or Freestone, for its ability to be freely carved without splitting. It was a desirable building material for its composition as well as its fine grain and brilliant white color. In 1791, George Washington sent Major Pierre Charles L’Enfant to find the best supply of sandstone to build the new federal city. L'Enfant purchased the island on December 2, 1791, which afterwards became known as Government Island. Extensive quantities of Aquia Stone (sandstone) were extracted from this site from L'Enfant's date of purchase through the 1820s, loaded onto sailing ships and carried up the Potomac River to the Federal City.

Brent family members were cousins of the Peytons in Westmoreland County, and along Aquia Creek. In fact the real properties of the two families seem to border each other's on the Aquia. The Peytons had early real estate dealings with the Wiggingtons. The genealogy book PEYTONs Along the Aquia, covers these families on pages 9, 26, 46.
Posted by Edna Barney at 12:23 PM No comments: