The Northern Neck of Virginia

Ancestral Home of the Peyton Family 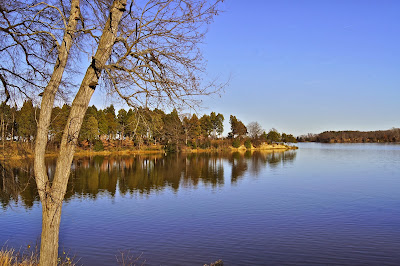 "Across the ocean, meanwhile, developments were taking place that would have a tremendous impact on the Northern Neck. In 1649 Charles I was executed, and Cromwell ascended to power. At the time, Charles II was in exile. In 1649 he made a grant of the Northern Neck territory to certain of his loyal subjects (much as the monarchy had earlier granted Pennsylvania to William Penn and Maryland to Lord Baltimore). Three years later, 100 men signed the Northumberland Oath—ninety-nine of them gathered at Chickacoan to do it—pledging support of an England "without Kings or House of Lordes," although privately, no doubt, many felt otherwise. When Charles II was restored to the throne in 1660, his land grant took effect, shakily at first, but clouding ownership of the newly settled territory nevertheless. During the next century, this Northern Neck Proprietary became a source of power, and huge land holdings were achieved by those who served as its agents, overseeing and collecting quitrents on the Proprietary-patented land."  History of the Northern Neck

See pages 17 through 22 of PEYTONs Along the Aquia Genealogy, where the arrival on Virginia's Northern Neck of the Colonial PEYTONs of Aquia is documented along with their connection to Charles I and Charles II. In addition, "Peyton, of Stafford and Westmoreland County, Va." begins on page 480, of Reverend Horace Edwin Hayden's 1891 genealogy: PEYTON, of England and Virginia.

For more genealogical research on the Northern Neck of Virginia see Northumberland County, Virginia at FamilySearch.
Posted by Edna Barney at 10:00 AM No comments: "Stairways to the Belfry" photograph by Edna Barney

Aquia Church dates from February 17th, 1754 when it was severely damaged by fire, three days before the completion of its construction. The haunting of the church began with a murder more than two hundred years ago.


"A young woman was violently murdered by one or more highway men. She was murdered in the chapel and her body was hidden in the belfry. The chapel was not in use and it was several years before her body was found. Her skeletal remains with her long golden hair were discovered and the legend began. Her blood stains where visible of the floor boards for 100 years, until a new cement floor was put in the early 20th century. The most common reported phenomenon is the loud sounds of a struggle, the sound of running up and down the belfry stairs, and the appearance of a terrified woman standing at a window."

Story from "The Haunted Aquia Church"

Posted by Edna Barney at 8:44 AM No comments: