Peytons of All Hallows the Less

Two years ago at "Blogsome Genealogy" I wrote the story of Private Henry PEYTON of Barboursville, Virginia who twice had his credit for Revolutionary War service voided. In the first case he fought for reinstatement until the U.S. Congress passed the bill pictured above. The second case was recently by the Daughters of the American Revolution and then it was member Cynthia Vance who came to the rescue of her ancestor by submitting papers to reopen his lineage. She did this by submitting the above U.S. Congress Bill HR 1150 from 1839, with her lineage papers. I received the following comments and press release from Keith Vance: "I have composed the following for press release and would appreciate your comments, changes or additions. Your book helped support the application tremendously."

In the beginnings of our great republic, the capitol building in Washington, DC, housing the congress, was called the “people’s house.” Citizens could bring grievances with their government, no matter their station in life, for a hearing.

Such was the case of Private Henry Peyton, born January 19, 1760 in Culpepper, Virginia. As did many adventuresome youth of his day, Henry joined forces with country cousins, brothers, uncles and fathers, rebels all, to attend the front line and watch the defeat of King George and his superior forces. After the war, Henry Peyton and his family were some of the first settlers of Cabell County, West Virginia, responsible for many local descendants.

In the 1830s provision was made to grant pensions to all that gave evidence of service in the “Great American Revolution.” Henry submitted his statement of service and was given recognition and pension, as a veteran of the war.

All appeared well, until claims of fraudulent petitions were filed with the government office and investigations took place. Henry seems to have been a colorful character at the local tavern in Barboursville and perhaps a bit boisterous concerning his war exploits. Loud talk of one’s heroism was considered the rudest of manners. Stiff necked neighbors gave a bad report to the investigator and Henry’s submission as a Revolutionary War patriot was stamped fraudulent.

Henry, understanding the rights for which he had fought and for which many had died, began petitioning recognition and justice from the government. With the help of an affidavit from magistrate W McComas and other good citizens’ recommendations, the government was finally convinced of the injustice toward Private Henry Peyton and on February 16, 1839 HR 1150 was passed by the House of Representatives. A history of Henry and his letters may be found in the “Lambert Collection” housed in the old library building on the campus of Marshall University.

More recently Edna Barney, a genealogist of the Peyton family, has published the following:

“During his lifetime, Henry Peyton petitioned several times to restore his good name, and finally on 16 February 1839, an act of the U.S. Congress reinstated his pension and made it retroactive to 1831. To add further insult to the soldier’s memory, the death date of 1836, on his grave marker that was placed by a Revolutionary War lineage society, was wrong. Henry Peyton was alive in 1839 and still writing letters to Washington as late as 1842.”

Edna Barney continues:
"As of today, even though a number of descendants of three different children of Henry Peyton had joined the Daughters of the American Revolution (DAR) under his Revolutionary War Service, his line has been closed, as the statement of fraud has been 'rediscovered' in his pension record. Once again as genealogists, we see how difficult it is to correct errors of many years ago that were put in 'official' writings.

"It will now be necessary for a descendant of patriot Henry Peyton to join the DAR under his lineage and include a copy of HR Bill 1150 as proof of his service..…hopefully, someone will be able to once again reinstate the good “Patriot” name of Henry Lindsey Peyton of Amherst and Cabell Counties, Virginia.”

The family and descendants of Private Henry Peyton are very pleased to announce that on October 3, 2009 the DAR reopened Henry’s line through application by Cynthia Alexandra Vance and her presentation of HR Bill 1150. Cynthia is the sixth great granddaughter of Henry Peyton. Cynthia is a 19-year-old college student in San Diego, California and now the newest member of the Cahuilla Chapter of the National Society Daughters of the American Revolution, in Palm Springs, California. Cynthia’s grandmother Louella Vance, great aunt Rheabel Vance and cousin Aimee Vance Cartwright all reside in Barboursville.

Cynthia Vance’s lineage to her 6th great-grandfather, Henry Lindsey Peyton, was proven through a variety of source documents. Census records dating back to 1860 proved many parent-child relationships. Birth, marriage and death records provided dates and places of residence, as well as family connections. Records prior to 1850 were harder to come by, because census records pre-1850 only show heads-of –households, not the names of other family members. So, the use of West Virginia church and cemetery records helped to connect Peyton family members together.

Finally, if not already proven, DAR must have proof of a patriot’s service to the American cause. This can be found through the military records maintained by the National Archives. Pension and bounty records are also useful, as they often give the names of other family members, and show where patriots lived after the Revolutionary War. We used a Bill of Congress, written in 1839, that found Henry Peyton to still be alive, and deserving to receive a reinstated pension that same year.

Cynthia Vance, proud as ever of her American and West Virginian heritage wonders, “What did they do before the internet. I’ve learned so much about West Virginia and the fighting, wars, revolutions, feuds and massacres. It is a miracle that any of us are here today.”

**The lineage of Henry Lindsey PEYTON is included in my genealogy book, pages 140-142 of PEYTONs Along the Aquia, Second Edition.
Posted by Edna Barney at 7:31 AM 2 comments:

The photograph above is of the historic PEYTON - BROCKENBROUGH House, circa 1795, in Caroline County, Virginia. It was the home of Valentine and Elizabeth PEYTON who are featured on pages 153, 154 of PEYTONs Along the Aquia, Second Edition.

Their daughter, Sarah Jane PEYTON, was at home on the afternoon of April 23rd, 1865, when President LINCOLN's assassin, John Wilkes BOOTH, arrived with David HEROLD. Sarah Jane initially permitted BOOTH and HEROLD to enter her home, but then decided because the man of the house was not at home, it was inappropriate for her to be alone with the two man. She therefore sent them on their way to the neighboring GARRETT Farm, where BOOTH was shot dead.

Following are links to more photographs of the historic PEYTON - BROCKENBROUGH House, circa 1795, which was the Caroline County, Virginia home of Valentine and Elizabeth PEYTON:

PHOTOGRAPHS of John Wilkes Booth Escape Route:
The image, john wilkes booth turned away, was originally uploaded by PreservationNation. It is posted here from

Posted by Edna Barney at 7:06 PM No comments: 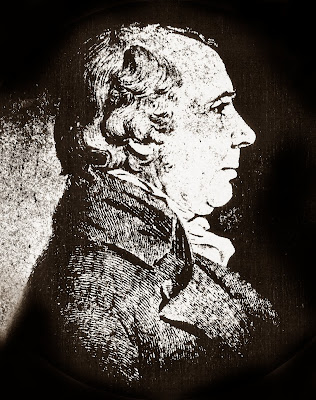 PEYTON descendant Leven POWELL and his wife, Sarah HARRISON, are on pages 68 and 69 of PEYTONs Along the Aquia, Second Edition. Mrs. Sarah POWELL's death date of 20 October 1812, is inscribed upon her tombstone in the Sharon Cemetery, Middleburg, Virginia.


I found the image of Leven POWELL above at Ancestry.com, contributed by FrendaFranklinWard on 7 July 2009, where she wrote "Please, feel free to copy this photo into your own ancestry tree. I feel it was meant to be shared with all descendants of Lt. Col Leven Powell."

Posted by Edna Barney at 3:18 PM No comments: